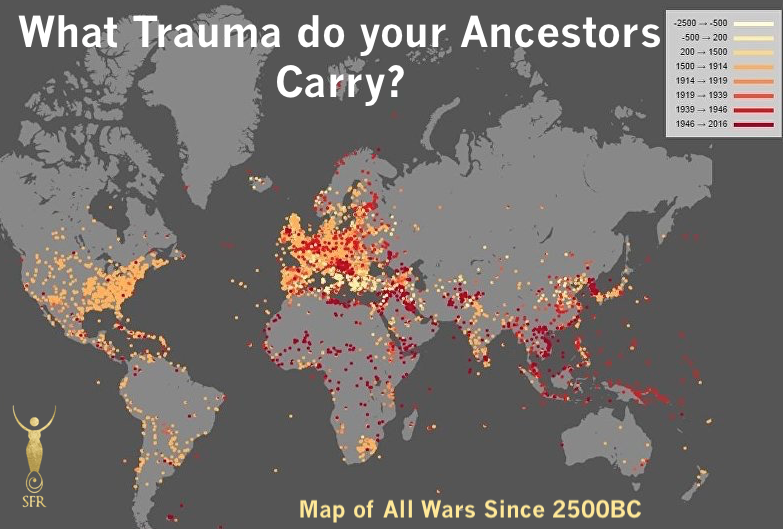 The image above is a so called ‘geography of violence’ map. It reveals the location where major battles in the past 4000 years have taken place. Clearly we have some work to do!

Please get in touch if you have a site that needs healing at info@sacredfemalerising.com